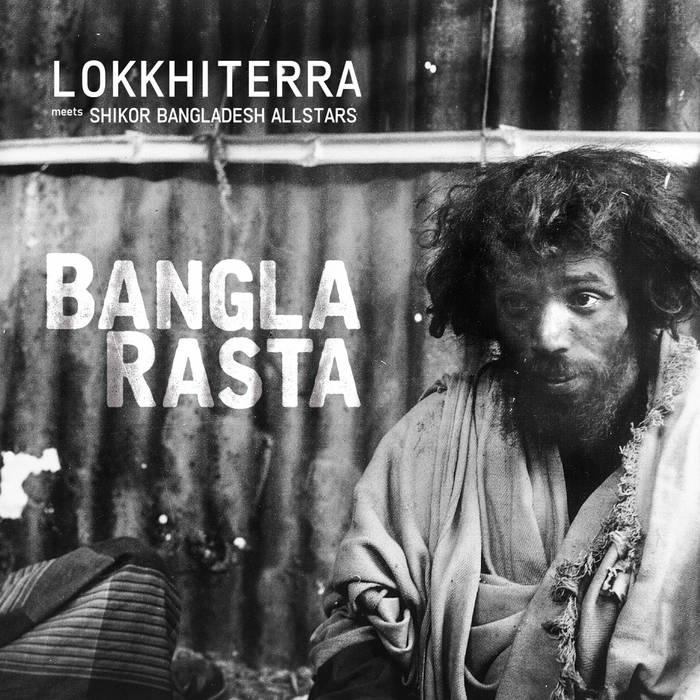 Justin Wright Absolute beauty of a band! Much love!

Funkiwala Records presents the first in a series of collaborations between London fusionistas LoKkhi TeRra and Bengali heavyweights Shikor Bangladesh All Stars.
LoKkhi TeRra have established themselves as one of London’s truly innovative bands, mixing different Roots musics to create new soundscapes relevant to 21st century London.
Founded by pianist Kishon Khan, the band is made up of musicians of serious pedigree. Their collective cv boasts some of the biggest legends in music (from Hugh Masekela to Johnny Clarke to Tony Allen to Hariharan to Mulatu Astatke to Ginger Baker to Cornell Campbell to Changuito to Ibrahim Ferrer to Pandit Dinesh to name a very few); as well as some of the most critically acclaimed contemporary outfits on todays scene.
Songlines have described them as “probably the worlds best afrobeat-cuban- bangladeshi group” and “widely acknowledged as an international force to be reckoned with”. Sunday Times said of their 2012 album Che Guava’s Rickshaw Diaries “Traditional songs from Bangladesh collide with Latin rhythms, township jazz, funk and ambient shades, all seasoned with a lilting pop sensibility. Gold medals all round”

The last few years has seen them embark on a series of live show collaborations with a group of legendary folk musicians from Bangladesh, primarily whilst on tour out there. This culminated in a Bangladeshi TV presentation “The Bengal Tigers Revenge”, taking the audience from pure mystical folk to modern day roots fusion. It also culminated in the forming of a new super band – The Shikor Bangladesh AllStars, representing the living traditions found all over Bangladesh today, played by the countries leading folk exponents. Shikors first album “Soul of Bengal”, as well as the live collaborations with Lokkhi Terra, were showcased at Songlines Encounters Festival 2015 and Womad 2015, to much critical acclaim.
“seriously incredible rhythms, incredible vocals and awesome cross-cultural collaboration” London Jazz News
“should not have worked, but really did. Kishon Khans keyboard and artistic direction allowed the Bangladeshis to meld with his Cuban rhythm section to really fine effect, blending Latin, Afrobeat, Jazz, Dub and all manner of other elements to create something truly exceptional” United Reggae
BanglaRasta is the first in a series of releases based on these collaborations. It will be released on July 16th 2016 on 12’vinyl and cd, where Reggae and Dub meet Baul and mystic folk.

All music by K.Khan/T.Omar/J.Thurgur
Mixed at Hi Street Studio by Mauro Caccialanza
Mastered at Fluid Studios by Tim Debney
Produced by Kishon Khan and Tansay Omar

From the Mela's of Bangladesh to the streets of Havana, via some districts in Lagos and on to a bustling club in London. This is what is giving London it's new accent. Described by Songlines as "probably the world’s best Afrobeat-Cuban-Bangladeshi group”
"Awesome Cross-cultural collaboration" - London Jazz
“Stunning Headliners” – Timeout London ... more

Bandcamp Daily  your guide to the world of Bandcamp

Featuring appearances from Kari Faux, Bluestaeb and and interview with NY-bred artist Wiki